I Can Feel Your Halo!

A hollow silence replaced screeching basketball shoes, whistles, and hollers from cheering parents and booming coaches that usually trumpet the commencement of basketball season at the Police Athletic League’s gymnasium in Bradenton. Lights dimmed, bleachers emptied, and the rhythmic dribble of the basketball hushed as COVID-19 – the pandemic that shocked the world and shuttered businesses, schools, and sports on a pivot – threatened yet another casualty: The athletic programs at PAL.

Team practices extend as lifelines to the 1,200 kids –many at-risk – who turn to PAL for guidance, leadership and camaraderie. When lights blacked out on the court and fields emptied, the escape route for so many struggling children vanished.

“We were faced with not just keeping PAL open as a safe place for kids,” said Deputy Ralph Bryant, PAL’s director of football and creator of the league’s fierce basketball program. “Now it had to be COVID safe.”

Directors, board members, and employees of both PAL and TEAM Success – the neighboring K-12 charter school – put on their game faces, huddled together, and created a plan as if designing an emergency strategy on the court. Drawing from CDC guidelines and techniques in play at Disney, they rolled out safety rules such as mask-wearing and social distancing that helped usher many area programs and schools off the sidelines. Then came the slam-dunk.

With help from the Manatee CARES Act – the County’s distribution of up to $70 million to help with the crushing impact of the health pandemic – and Rench’s Cooling and Heating, the HVAC systems at PAL and TEAM Success received a medical-grade makeover with a state-of-the-art air purifying system: The Reme Halo.

In less than two weeks, Rench’s Cooling and Heating swooped in to install 62 Reme Halo systems in a nearly $80,000 job to help purify every inch of conditioned air space at the two facilities in an effort to create another layer of safety. By employing ionized hydroperoxide molecules distributed throughout the duct system, the purifier kills up to 99 percent of bacteria, mold spores, and viruses, according to the manufacturer.

“This technology uses UVC light and hydrogen peroxide molecules to kill on contact viruses, germs, and bacteria,” said Bryan Rench, owner of Rench’s Cooling and Heating and a Bradenton native. “It is very effective in reducing odors, dust, and pollen, essentially cleaning the air in an entire house or building.”

Primarily spread through large respiratory droplets produced when a person coughs or sneezes, COVID-19 can shed even smaller virus particles that may linger in the air and infect people when inhaled, notes the CDC. Small, enclosed spaces such as classrooms and gyms where air circulates less create particular problems. While the Reme Halo air purifier has yet to be tested on COVID-19, other validated test results show a 99 percent reduction of similar viruses, the manufacturer released in a statement.

“Getting this system into PAL where the building is old, and a lot of the duct system original is particularly important because the system will air scrub it and actually continue to clean the ductwork over time,” said Josh Richter, an employee at Rench’s Cooling and Heating who formally worked for RGF, the manufacturer of Reme Halo.

Both Richter and Rench feel a surge of pride to improve two facilities that impact so many children in their community.

“It makes me feel really good to know we are helping our community by creating a safer place to learn and participate in sports,” said Rench, who shared giving backbeats at the heart of his company. “It is so important to have sports because many kids who enjoy playing thrive at school just so they can participate in sports.”

Bustling around the office toting a drill to hang a shelf and multi-task his meandering to-do list, Coach Bryant paused to express his gratitude that the doors are open at PAL, whose mission is to bring law enforcement, kids, and families together in a positive, safe environment through sports and academics in order to build a strong community. PAL employs athletics and recreational activities to tighten the bond between police officers and children, sending the message to avoid gangs, drugs, and alcohol and incorporating life skills.

“It’s always been about the kids,” said Bryant. “This is their outlet, especially now where they are at home just playing video games. Sports are a very important part of their lives.”

Bryant shook his head in a sigh of relief that PAL recently pulled off its annual Basketball Jamboree to kick off the season. The new purifier in the gym, coupled with masks, limited capacity, and social distancing, worked together to pave a level of safety.

Getting the systems into the school was just as important as the PAL installation. The Reme Halo runs continuously and cleans the air in the classrooms, making it unique in that you can still be in the room while it cleans. With other systems, the room has to be sealed, and oxygen is taken out. Also, unlike portable units that are limited to the room they serve, the Reme Halo provides whole home or building purification.

As the pandemic clawed into the world, this purifying system emerged as a sought-after, hard-to-get-your-hands-on product.

“Back in March, the government ordered the manufacturer to send all of its product to hospitals and assisted living facilities in order to help combat this pandemic,” Richter said. “We were without this product for two or three months.”

After expertly explaining the purifier’s technical process, Richter reminisced fondly about his own days as a kid competing across a roster of sports along with his active brothers. At school, he would diligently keep focused on the task at hand just so he could burst through the doors out to PE or run, tackle and kick on sports teams.

“If I am just a little part of helping get kids back on the basketball court,” Richter paused with inflection in his voice, “well, that makes me so happy.”

Sign up to get our newest issue directly in your inbox!

Early childhood education is an integral part of ensuring that students in our community are not only prepared for grade school but also excel in it...

END_OF_DOCUMENT_TOKEN_TO_BE_REPLACED 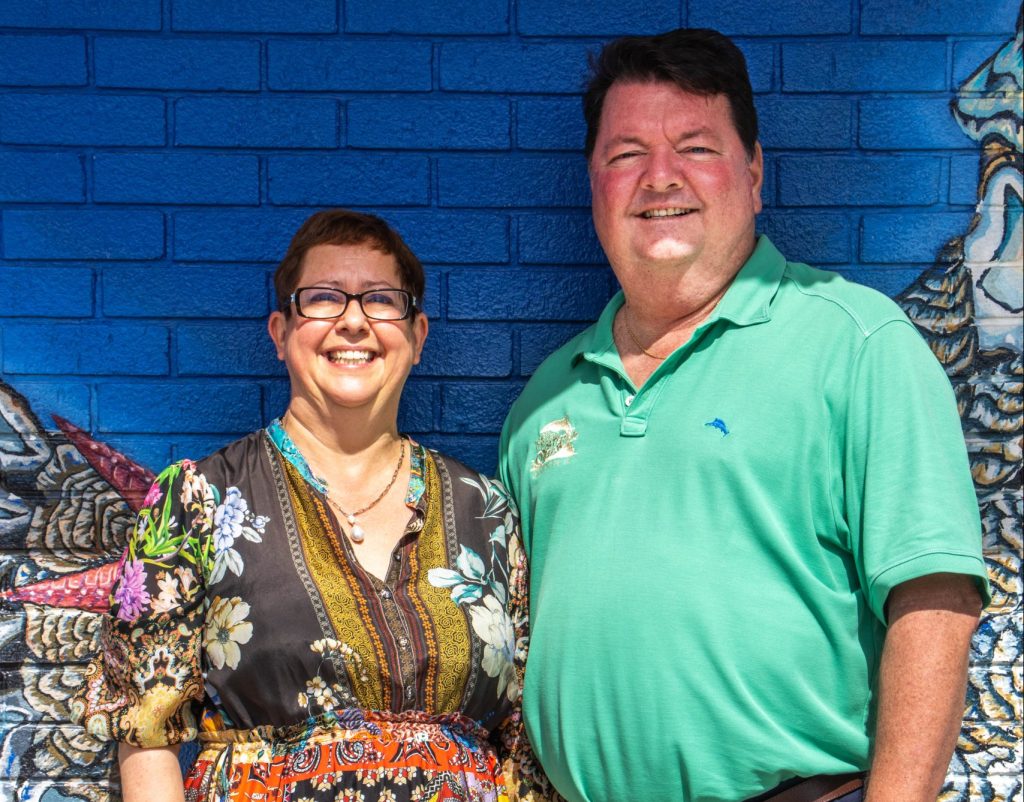 Diving Into Our Children’s Future

Diving Into Our Children’s Future

With humble beginnings just six years ago at only 76 students, 36 mentors, and one location, Dive Into Reading has grown to over 500 participants...

END_OF_DOCUMENT_TOKEN_TO_BE_REPLACED 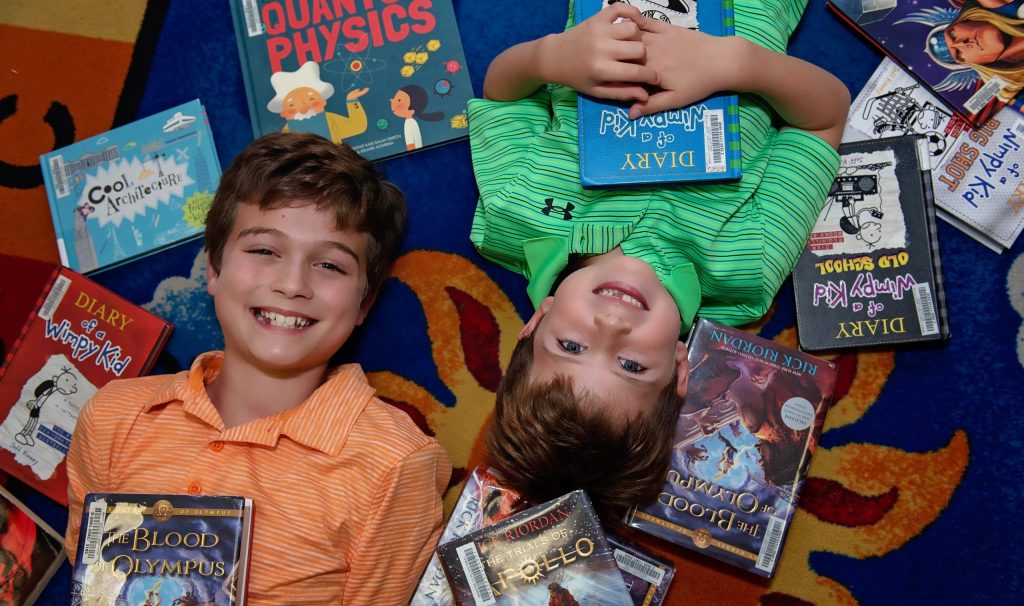 Reading Rainbow is an American educational children's television series that originally aired on PBS from July 11, 1983, to November 10, 2006...